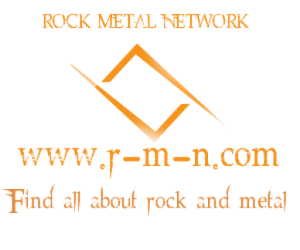 e proudly present you a short interview and band presentation:

RMN: Where are you from and what’s the origin of your band name?
SOBER-TRUTH: „We all come from the area Cologne/Bonn in Nordrhein-Westfalen. Our band name arises from a multiplicity of ideas and this one suits the best to us and our music. We from Sober Truth want to inspire You with substantial „old school neo thrash metal“, peppered with a great deal of modern elements! Our base ingredients are massive guitar riffs, razor sharp bass lines and a dynamic song construction. With this mixture we built our own little level in the hard-fought Underground.“

RMN: What genre of music do you consider your work to be? Who are your major influences?
SOBER-TRUTH: „Our love is true hand made music. Everything that is good – grooves and rocks! The main influences come from the metal sector. Bands like In Flames, Stone Sour, Metallica, Monster Magnet and Lamb of God reflect our wide-ranging musical taste. We make the music, we want to listen to !“

RMN: What are the main themes or topics for your songs?
SOBER-TRUTH: „Our songs are about Life! About the exiatance in today´s society. With all its good and bad facets. Mainly it is about Love, Hate and Desperation. The interpersonal drama is presented in a critical way.“

RMN: Where have you already performed and  do you have any upcoming shows?
SOBER-TRUTH: „Among other, Sober Truth shared the stages of this world with bands like Crematory, The Sorrow, Copia, Brainstorm, Die Apokalyptischen Reiter, Sister Sin, Contradiction, Orden Ogan, Eisbrecher, Itchy Poopzkid, Sodom, Korpiklaani, Suidakra, Kraftklub and many other of the Underground culture. Next to Rheinkultur, Erftrock Festival, Metal for Mercy Festival, Summernight Open Air, Til´Someone Cries Festival, Metal Franconia Festival, Cologne Metal Invasion and Cologne Metal Festival,  there have been many radio shows on WDR, Radio-Bonn-Rhein-Sieg and many online radio stations.“

These guys would never give up the freedom to do what they want. And that´s right. At any show, they create a new style of inspiring the audience. Dedicated to the motto of Sober Truth „Burn, burn, burn!“, they don´t rest on their laurels. No, they exceed themselves again and again. Sober Truth invents itself new at any show. No gig without surprise, that´s typical for the Band. The 4 Metalheads from Bonn are a Band to touch. They search and enjoy the near to the growing fanbase.

This website uses cookies to improve your experience while you navigate through the website. Out of these, the cookies that are categorized as necessary are stored on your browser as they are essential for the working of basic functionalities of the website. We also use third-party cookies that help us analyze and understand how you use this website. These cookies will be stored in your browser only with your consent. You also have the option to opt-out of these cookies. But opting out of some of these cookies may affect your browsing experience.
Necessary immer aktiv
Necessary cookies are absolutely essential for the website to function properly. This category only includes cookies that ensures basic functionalities and security features of the website. These cookies do not store any personal information.
Non-necessary
Any cookies that may not be particularly necessary for the website to function and is used specifically to collect user personal data via analytics, ads, other embedded contents are termed as non-necessary cookies. It is mandatory to procure user consent prior to running these cookies on your website.
SPEICHERN & AKZEPTIEREN